Recognizing the Goddess: What She Does and her Divinity

The Goddess is an evolved woman that has become in-touch with her Goddess Energy. She has clear intentions and the ability to manifest her own reality.

Who is the Goddess?

The Goddess is a woman who is a warrior. She is fierce and wild. She loves deeply and is compassionate towards all life. She is passionate and uncontrolled. She is untamed and she is free. Her thoughts are not in the past or in the future, -she is totally absorbed by the now and here.

She stands up for herself and knows that she is the creator of her reality. Responsible and courageous she paves her way through life gracefully and smiling. While many men wish to find this Goddess, they often lack in understanding who a Goddess really is ~and that, so very often sets the stage for unfulfilling relationships, heart breaks and other disasters.

Once awakened men find that woman who has ACTIVATED her Goddess energy and power they must develop master skills to keep her. And that is exactly what she wants from him. She wants her man to evolve and embody the highest version of himself, his God Self.

She knows what she wants, what she doesn’t want and she will be clear about it. Goddess does not bend herself to make a man like her, want her or even love her. She loves herself unconditionally and she has no need for confirmation.

What does the Goddess do?

A Goddess does not comply with rules or society’s standards and she won’t care what others think of her. She honors her Goddess-Self, that is all that counts for her in her world. A Goddess does not accept ‘no’ for an answer. She is a fighter and a victor. She knows how powerful she is and how to manifest her desires.

A Goddess is never dependent. She is the Mother, the sacred life giver and that makes her the strongest leader of all. A Goddess will always and in all ways speak her truth, you can take it or leave it but you cannot twist it. But an awakened man knows that a Goddess can show him the essence of life and the meaning of magic, if he is not afraid to handle her passion.

A Goddess will take her man to the depths of his own soul and make him face his demons, if he is not afraid to handle her fire. A Goddess leads her man to another dimension. A world unkown to him until he met her but he can only reside there if he is as fearless as she is. A Goddess pours out her love like a man may not have ever experienced before but only if he can stand up to the very truth of his Goddess.

A Goddess protects her beloveds fiercely as long as they look her in the eyes with loyalty. A Goddess can change a man’s life forever, the direction it takes is entirely based on the choices he makes, between fear and love. One cannot play games or hide truth from a Goddess. An awakened woman sees all.

The Goddess and Divinity

It is neither through words that one can impress her, nor with money, possessions or titles but only through the power of an open heart and a calm mind that steps forward with absolute clarity and truth. The Goddess has let go of all that is not divine. She enjoys and expresses her femininity with courage. She finds that both men and women are easier to work and play with than ever before. She has let go of her suppressed feelings of betrayal and abandonment and radiates the energy of trust. So others open up, let down their walls and she draws out the trustworthiness and integrity in them.

She treats others with understanding and kindness. Yet she is discerning and knows how to draw boundaries when appropriate. She speaks the truth, from her heart, with respect, honoring the feelings of others.

The Goddess carries a particular energy, a higher, faster vibration in her electromagnetic field. She has created an environment in her body that magnetizes more refined Divine energies. Her body becomes a radio tower that grounds the celestial energies of profound compassion and joy into the Earth and then radiates it outward in all directions.

She radiates the energy of Sacred Union within herself and that magnetizes a Sacred Union partner to her in the physical world. In accordance with Divine Timing, of course, she will attract a God to compliment her Goddess.

The Law of Attraction operates to magnetize others who are of the same energy and consciousness. Soon she finds herself surrounded by Gods and Goddesses – all living harmoniously in Paradise on Earth they created from their balanced energies of Divine Love, Divine Wisdom and Divine Power.

The History Of Lemuria And How It Differs From Atlantis

The Importance of Grounding and 17 Techniques Explained

Thank you! Your submission has been received!
Oops! Something went wrong while submitting the form.

LET'S JOURNEY TOGETHER
Thank you! Your submission has been received!
Oops! Something went wrong while submitting the form.
Subscribe to my mailing list to stay up-to-date on my spiritual guidance articles and receive exclusive offers on services. 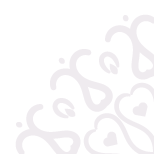